As if lockdown wasn’t bad enough... 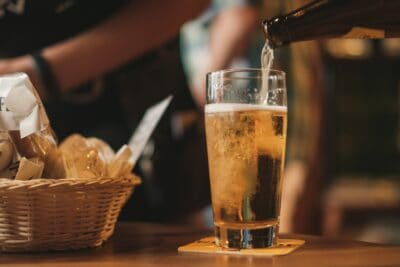 British pubs have been closed for over 3 months now. In Australia it has been around the same length of time. However, just as they thought they could get back on track with the lockdown being gradually lifted, a disaster struck.

Pubs in both Australia and New Zealand have found their taps have run dry after a malware attack causes one of the country's biggest breweries to shut down. The West End Brewery located in Thebarton in Adelaide was made to cease its beer production on June 9th after its parent company Lion Australia suffered a cyber attack

A statement from the brewers reads, “Our investigations have shown that a partial IT system outage at Lion is a result of a ransomware attack. In response, we immediately shut down key systems as a precaution.

“Our IT teams and expert cyber advisors have continued working throughout the weekend to investigate this incident, working to bring systems back online safely.”

Both pubs in Australia and New Zealand have reported receiving no or short deliveries. For example, if they order 9 kegs, they may receive 3 at the most. Most of the pubs in Australia have not been reopen long after the COVID 19 pandemic and this is another huge blow to their business and income. A lot are trying to find bottled alternatives whilst the brewery works to resolve the security issue.

This is an example of how one security breach can cause so many issues. If you have any questions about your or your businesses security, let us know.