Cool Critters – How a Beetle could help keep you cool 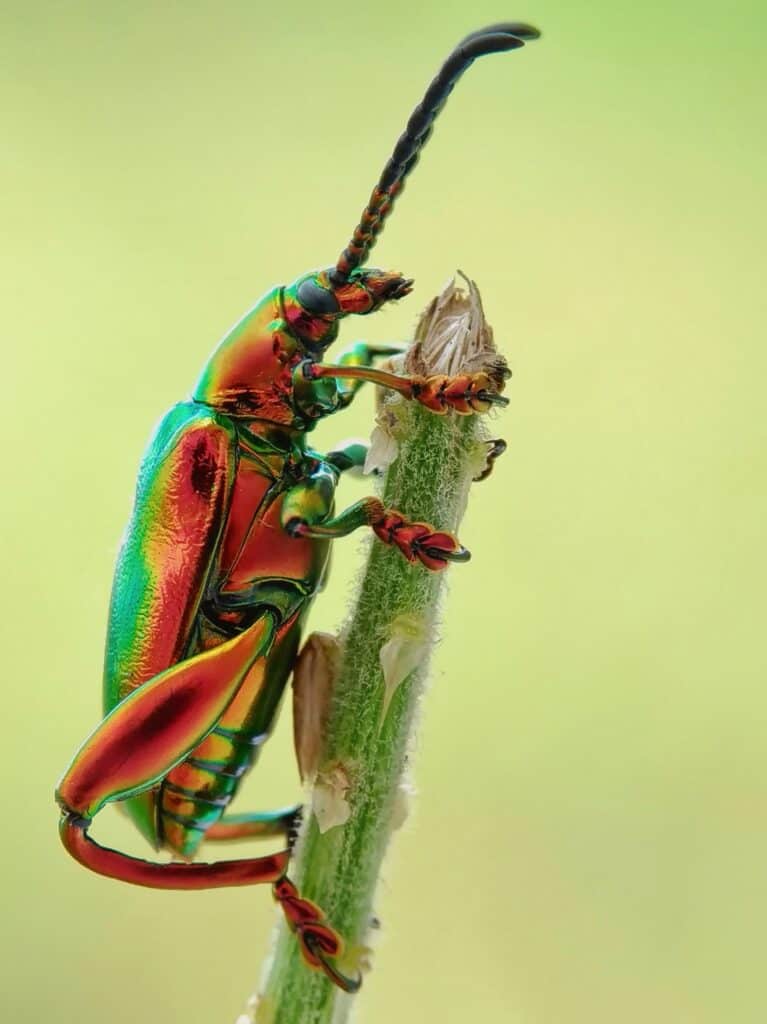 Using technology to keep warm places cool isn’t exactly something new. The first “modern” air conditioning unit was invented in 1902. Not exactly recent. However, there are still plenty of steps being made to upgrade the technology that we use to keep items and places cool. And one little critter that is help scientists do this is…a beetle.

After being closely monitored, it was found that a species of longicorn beetle has the capability to regulate its body temperature to keeps itself cool even in some extreme volcanic environments. The technology would allow people to cool buildings, electronic devices, and many other items, all whilst being environmentally friendly.

Teams from multiple universities including the Cockrell School of Engineering at The University of Texas at Austin, Shanghai Jiao Tong University in China and KTH Royal Institute of Technology in Sweden are using the information to create a film based on the wing structure of the beetle using abundant, flexible materials. The reason they are using such common materials are to allow them to manufacture the film on a large scale. The film will be a passive cooler meaning that it cools without using any energy unlike the systems we use today.

Research found that the film helped reduce the temperature of items that were placed purposely in direct sunlight by a total of over 5 degrees Celsius or over 9 degrees Fahrenheit. The range of uses for this material could be endless. I could be used in summer clothing to help keep people cool, it could be used to coat windows in buildings to help reflect the sunlight. It could also be used on solar panels to stop them deteriorating due to constant exposure to sunlight.

Due to global warming, it is predicted that the use of air conditioning will increase from the modern day by 59% by the year 2050. But that will also mean a lot of energy needing to be used. With the film however, this has the potential to lower this increase significantly.

The technology we have access to in the modern world is simply incredible, but we understand it can also be daunting. If you have any questions about any of the tech you use, please get in touch with us.

Photo by Bambang Suryadi from Pexels